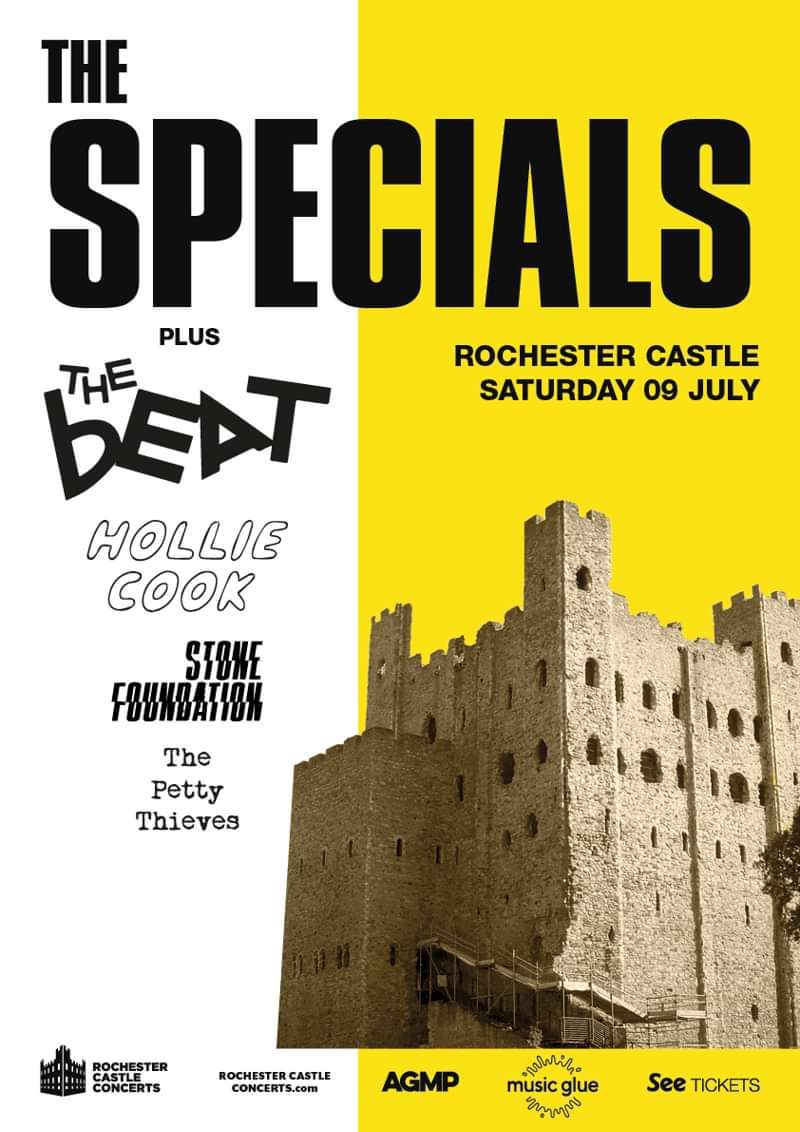 Entry Requirements: 14 + (under 18’s to be accompanied by an adult)

If you pick the VIP ticket option, please note that it includes the following exclusive benefits:
- A dedicated fast track VIP entry lane
- Private VIP bar offering an eclectic range of drinks from beers and wines to bubbly
- Access to toilets only available for VIP ticket holders
- Seating within the VIP bar area (subject to availability)

The Specials are pioneers of UK SKA, and one of the most influential and seminal acts in British history. Founded in 1977 The Specials were at the forefront of the 2 Tone movement. Changing the face of UK music in the 1080’s with 7 successive top 10 singles between 1979 & 1981 including number one hits like ’Too Much Too Young’ and 'Ghost Town’. The band reformed in 1993 and have wowed fans across the world on the live circuit since. In 2019 the band released ‘Encore’ their first album in 18 years, which gave the band their first ever number one album, 40 years after the release of their self-titled debut. In September 2021 the band released the critically acclaimed ‘Protest Songs 1924 - 2012’ the album which charted at number two features twelve singular takes on specially chosen protest songs across an almost 100-year span and show The Specials still care and are still protesting! In support of the new album the band toured in autumn 2021 to sell-out crowds.